The word practice sparks all types of emotions in us. Some dread having to practice, some fear it, some experience anxiety just anticipating practice and most view it as simply hard work. We have no idea the time and effort one has to dedicate to learning an artistic skill or any skill for that matter, but let’s focus on how this relates to  studying music and or learning an instrument. These two can be mutually exclusive though personally I feel they are one. It is possible to learn an instrument with only a minimal understanding of music and it is possible to have depth in regards to music without the instrument. In my own experience, I learned a great deal about music, but barely played an instrument until I entered college. Put a pin in that as we will revisit this.

Let’s talk about practice. There’s that word again and here come those feelings regarding it. Early on I found a very easy way to combat all these fears and anxiety over practice. Here I was, a late teen and HAD to learn piano. (insert pin here) I was accepted to college as a theory/composition major but was strongly urged to learn some piano over my senior year before attending. So my parents found a teacher for me and I set out on the task of learning an instrument. In my case, the piano. All of a sudden I had scales to practice, repertoire to practice, the mechanics and physical aspects of practice and what seemed like practice practicing. YIKES! So much to practice! And I still had school work that needed to get done. It all seemed a bit overwhelming and my practice was all over the place. Something had to change.

I truly wanted to eliminate practice altogether. Think about that for a second. I had so much I needed to learn and practice that I wanted to just get rid of practicing all together. I wanted it to magically just happen I guess. Then out of the blue, I had asked a friend what he was doing over the weekend. He said he was going to spend time with his girlfriend and wasn’t going to be around. He asked me what I was doing and I jokingly said, well I guess I’m going to be spending time with my piano. This was a light bulb moment for me! I would no longer be practicing but merely “spending time with my instrument.” All of a sudden I didn’t see sitting down and performing certain tasks as work. Simply substituting “spending time with the piano” completely transformed my attitude towards my approach. My piano became my girlfriend and we spent a lot of time together. And I do mean a LOT!  All of a sudden, my time with my instrument became much more structured and productive and I was learning at a rate that I could hardly believe!

Then another realization hit me. When I could actually perform a piece of music I was said to “play” the piano. Wow. I’m playing! Let that word "play" sink in for a second. This is another example of shifting the weight of words to put a more positive spin on things. I wasn’t working on my scales or working on Bach, I was “playing!” Playing scales, playing repertoire and even spending time learning from records I enjoyed, figuring out songs and licks.  I was no longer practicing and working. Suddenly I was spending time with my instrument playing!

Words do matter and how we present those words to our subconscious can make a huge difference in our approach to things as well as in the results we achieve. There is a lot of work involved in learning any new skill. However, tell yourself to spend time with your instrumentand to play and not so much practicing and working. You will find all those anxieties and fears and even the boredom you may experience at times just vanish. It’s all in the mindset.

So go spend some time with your instrument and play, play, play!

Many of my students often express interest in becoming better at sight-reading. Though this may to some feel like an impossible task, there are certain tips and techniques that can facilitate you in learning to become a better reader.

** I am going to offer a bit of a disclaimer before I begin. Being classified as “legally” blind is an obvious hindrance to my being not much of sight-reader myself. However, through other teachers and my own limited experiences, I believe I can offer some suggestions that will greatly improve your ability to eventually pick up a sheet of music and read and interpret each and every note with accuracy and confidence.

Look the music over…
This may seem pretty obvious but I have seen many individuals just pop a sheet in front of them and dive right in only to come to a grinding halt midway through the second measure. Someone skilled in reading seemingly may look like they set the music on the stand and magically reproduce it but there are considerations about the music they are taking in. When a sheet of music is placed in front of you there are a few simple preparatory actions that should occur:

Making sense of it all...
Ok, you have done the above, now what? What are these big dots all over the page?

1) Notes: As you look the music over, see if you notice any notes that may fall above or below the range you are comfortable with. Some notes may be written well above or below the staff and can prove a little difficult to a novice reader. Take a moment to make sure you are able to read each note and know it's location on your instrument. Look for the high and lowest notes in he piece.

2) Rhythm: Also, be sure to look for rhythm patterns you may not be familiar with. Even the best of us have to sometimes tap or clap out a phrase that uses a rhythm pattern we may not have seen or not used to seeing.

3) Intervals: Learn to distinguish the intervals. (The distance between 2 notes) The ability to recognize a major 3rd or an octave, etc will help you by not reading every single note per se, but being able to identify the movement of a phrase simply by being aware of the relationships of intervals. This also pertains to chords and how they are built as well. With a degree of diligence, you will see music almost like a graph and find yourself reading “musically” and more correctly while doing both at a faster pace.

To an experienced reader, each of these steps are processed in just a matter of a few seconds. With time and repetition, you too will be reading better and better.

Some ideas to facilitate this task

Start the process by reading the melody line to a favourite song. Even if you aren’t able to “read” it fully, the fact you know the melody will help you in putting the notes and rhythms into familiar territory. Remember, there are a set amount of notes and certain rhythm patterns come up time and time again. Eventually you will just “know” what needs to be done the moment you see a particular pattern.

Play slowly! Try and play from beginning to end of a piece at a tempo you can manage. It may seem painfully slow (and probably will be) but being able to get through a reading is a great confidence builder. You will notice a steady increase of how you move through new material.

Another good sight reading tool is a church hymnal. The melodies and rhythms are usually pretty straightforward and the simple 4-part writing will acquaint you with reading multiple staves.

Obviously I am just scratching the surface on ways to improve your reading, but with just a few minutes a day, over time, you CAN turn into a better reader. The key is to stay with it and try to keep from being discouraged. For a time it will seem like you are making zero progress and then all of a sudden you will wonder what the big deal was. I have watched several students go from not knowing a bass clef from middle C to go on to being able to read with confidence and accuracy!

Most challenges that students face can be traced to their habits when at their instrument. These are just a few  tips I'd like to share that can make each of your  sessions much more productive.

Set Goals.... When you sit down at the piano, have a clear sense of what you'd like to accomplish. Maybe it's a certain scale or maybe a particular passage that has been giving you trouble. Focus on accomplishing a particular task!

Warm Up...I find it amazing how many people just sit at the piano and and just dive in. Think of playing as the equivalent to working out; you need to warm up and stretch the muscles, You fingers will respond much easier with a little bit of warm up. Let's say you're working on a song in Eb. Then run an Eb scale or do a few Hannon exercises, but DO warm up!

Slowly...It is definitely harder to play slowly then it is to play fast. Through a slow and focused approach comes a full understanding of the material you are learning. With understanding, we are able to work through passages or fingerings. Eventually the speed will come and it will be much more precise and expressive!

Scheduling Time with your instrument... This can be one of the most difficult things to accomplish, especially in adult students. We all have lives going on around us and it is not always possible to have a scheduled time to sit at our instrument. However, if it is possible to designate a certain time each day, this will increase your productivity. A certain time daily sends a message to our brain that this is what i do now. You become mentally prepared and actually start looking forward to your play time!

Consistency...Whether you spend 30 min a day or 3 hours or more, consistency is the key. A regular play time coupled with a routine schedule can make a huge difference in your progress. Don't think doubling up on days when you skipped is going to make up for it. It's like trying to make up sleep. It never really happens. Try your best to put in what time you can on a daily basis. I've seen students who seriously dedicate 15 min a day make more progress than someone who does an hour one day, 10 min another and 2 hours another!

Keep A Journal...Keeping a journal or log is a GREAT tool for both student and teacher. It allows a teacher to see what a student has been spending time on and how they are playing through things and what type of time they are spending on materials. It also keep the student accountable for their times at the instrument and allows them a visual record of how much progress they are making!

These are just a few basic tips on how to structure your time at the instrument What have you found that works best for you? Have any of personal experiences you'd like to share? Please do so below. Keep up the great work!!

"Art is the most beautiful of all lies."
Claude Debussy 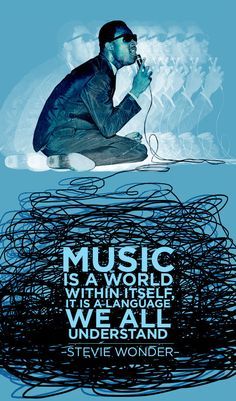 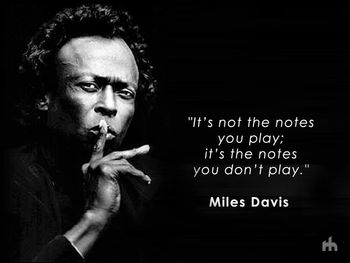 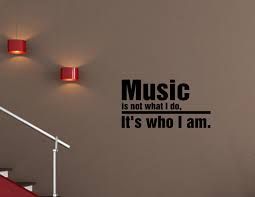 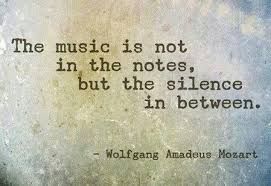 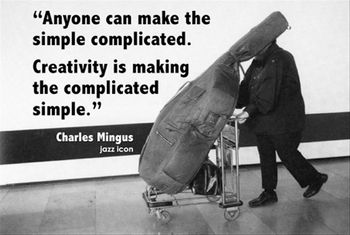 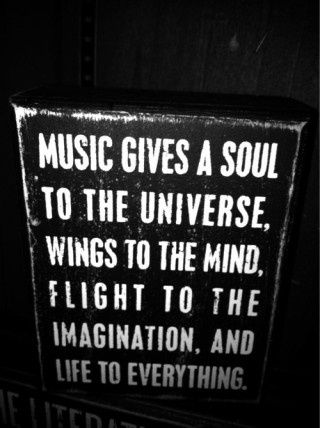 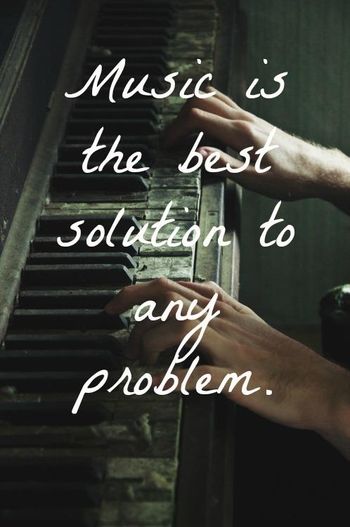 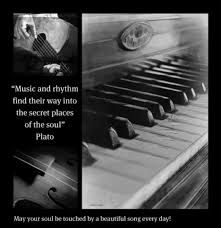 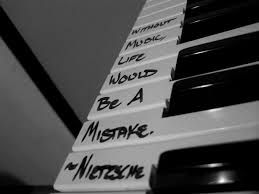 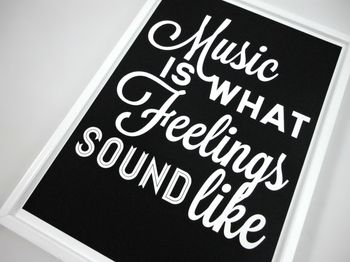 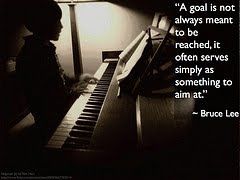